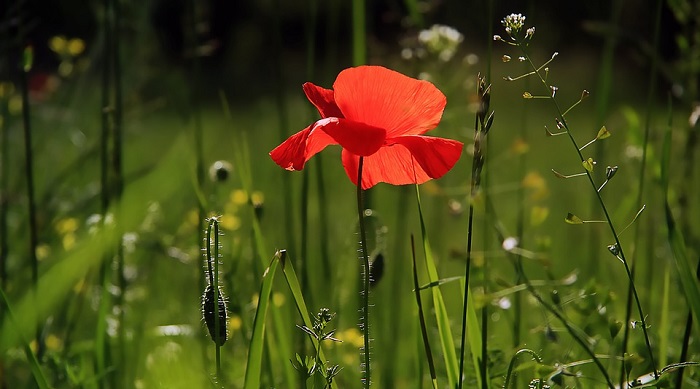 If you love flowers, then you certainly want to know everything about them. There are so many different species of flowers and each of them is special in its way. If you have your favorite flower, you must have discovered all characteristics of that flower as well as its symbolism. Since the earliest times people talk about the flower symbolism. But, what does it actually mean? It means that flowers are not just plants that grow in your garden, but they are much more than that. Each flower is recognizable for its color and fragrance, but have you ever wondered what a certain flower can mean? You may did not know, but all flowers have special meanings and they symbolize something related to our emotions, thoughts and our life in general.

The symbolism of flowers exists since the ancient times. People have always tried to find the meaning of flowers and to discover what they may symbolize. There are clear meanings for the most of flowers, but some species are mysterious even today. Botanists and other scientists are trying to find out the answers to many questions related to the flowers and their symbolism. If you are interested in flower symbolism as well, then you should not miss this text.

Also, we will tell you what is the meaning of different colors of this flower. If you are a flower lover, then you will certainly like this article and you will find interesting information. Before we tell you what the poppy flower means and symbolize, you will see something about this flower and its characteristics in general.

What Is the Poppy Flower?

The poppy flowers grow best in the cool climates, they love sun and they are grown both as perennials and annuals. These flowers can be found all around the Europe, in the Eastern countries, as well as in America. It is interesting to know that in California this plant is regarded as the state flower of this country.

There is no doubt that the poppy flower is a very nice plant that is usually used for decoration. This flower is well-known for its beauty, so it will certainly make your garden beautiful. But, there are also many other uses of this flower. It is important to know in which purposes you can use the poppy flower.

We have already said that the poppy flower has been used in medical purposes since the earliest times. This flower is used for the production of opium, morphine and many other drugs that are very important in medicine. When it comes to opium, it is important to know that this substance is a hallucinogenic drug and it can be very dangerous. But, not all poppy flowers contain opium.  The only poppy with this substance is the oriental poppy. Morphine is a drug for relieving a pain and it is used even today.

There are also the poppy flowers that can be used for teas. The tea made of poppies is known for its calming effect. If you drink a cup of the poppy tea, it will soothe your nerves and make you feel relaxed. The black seeds from the poppy flower can be found in bread and many other foods. When we press these seeds, we can produce the oil that is very beneficial. This oil is usually used for the production of many cosmetic products and it is also used for cooking.

When it comes to cooking, the poppy oil is used for producing margarine or as an oil for dressing a salad. The seeds of the poppy flower contain a lot of carbohydrates, protein, calcium and also oil. They are very beneficial for our health and they are edible all over the world. It is also believed that the water made of this plant can make our skin fresh and also remove wrinkles.

These are some of the most important information related to the poppy flower and its characteristics. Now when you know what the poppy flower is and how it looks like, we will tell you also what this beautiful flower may symbolize. The symbolism of flowers is very important, as we have already said. If you would like to know what the poppies may symbolize, then continue reading this article. You will certainly find information that are interesting and useful for you. 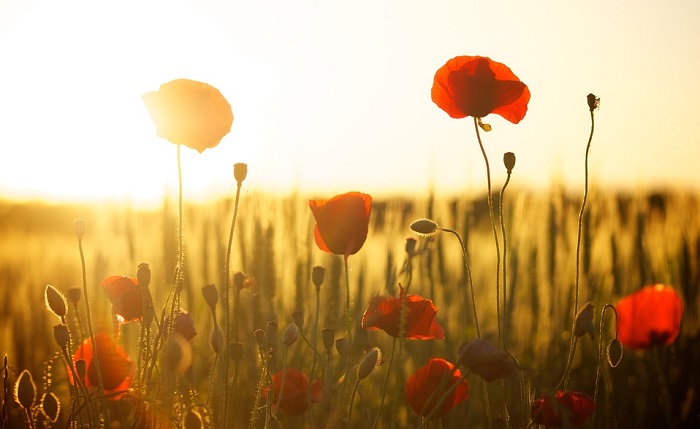 Meaning and Symbolism of the Poppy Flower

All over the world this flower symbolizes death, better told the remembrance of someone’s death. It especially refers to the death of soldiers that have passed away in the war, as we have already mentioned. The poppy flower got this name during the Victorian period, which is another interesting information related to this flower.

Also, this flower may symbolize peace, eternity and resurrection. Sometimes it is considered as a symbol of luxury, success and beauty as well. In China or Japan the poppy flower is considered as a symbol of passion, loyalty and love, so it is usually recommended for couples. There is also a popular Chinese legend about this flower. If you would like to make a gift for your loved person, then you can give her the poppy flower, but this symbolism is more typical for the Eastern cultures. In the West it is better to choose another flower as a symbol of love and passion. Like we said, the poppy flower is mostly associated with death and peace. We should also mention the fact that the poppy flowers are usually regarded as symbols of magic and imagination as well.

For the Christians the poppy flower is always regarded as a symbol of death. The red petals of this flower are a symbol of Christ who was sacrificed.

The symbolism of poppy flowers is also related to the Muladhara chakra. If you are wondering what it means, now we will tell you. It is associated with the so called Hindu tantrism and it is one of the seven chakras. The muladhara chakra is represented in red color and in the form of a lotus which has 4 petals. It is important to know that the color of the poppies is vibrant red, which means that it is a very strong center of energy.

Also, if you celebrate something special, you can use this beautiful flower for your decoration. There is no doubt that the poppy flower will make the atmosphere luxurious and special. The poppy flowers are very attractive and they are cultivated as ornamental plants all over the world.

You have seen the most important meanings of the poppy flower and also the symbolism of this flower. As you could see, the poppy flower is used not only for decoration and producing drugs, but also as a very important symbol. We have told you what the red poppy flower can symbolize and why it is considered to be so important. But, it is also important to know that the meaning of a certain flower depends in a great extent on the color of a flower. Something more about that you will have the opportunity to see below. We will tell you what each of the colors of the poppy flower may symbolize, so you will be able to distinguish their meanings.

Colors of the Poppy Flower

Now when you know all the meanings of poppy flowers, we will tell you something more about the special language of this flower. Actually, it is believed that the poppy flower represents our loved people who have passed away. The poppy flower is telling us that these people are protecting us and loving us, even though they may not be with us physically. The poppy flower is also telling us that the peace is of the crucial importance for good sleep. You should relax and think more of positive things that are all around us. We should eliminate all negative thoughts that exist around us.

Also, you should not forget that this flower is a symbol of remembrance of people who are not anymore with us. The symbolism of the poppy flower is very powerful, so we have mentioned many different meanings that can be related to poppy flowers.

We hope this article has awakened your attention and you have learned something you did not know before. Also, we are sure that now you will know in which situation you can use poppy flowers. We hope that you liked this article and you have found the answers to all questions that you had. If you believe in the symbolism of flowers, then you should take into account what the poppy flower means and why it is so special.