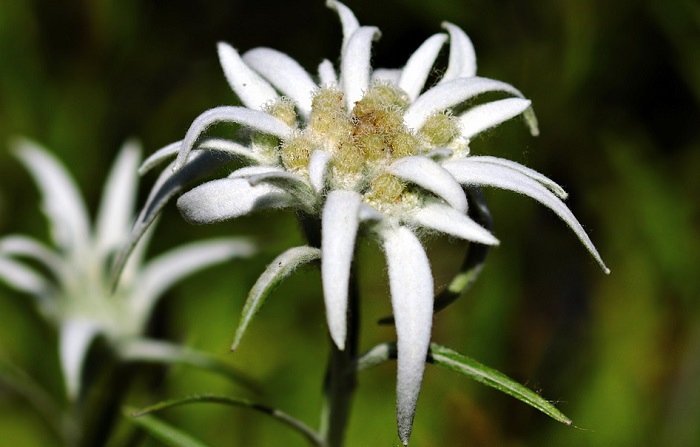 Flower symbolism makes an important part of every culture and tradition and that is why people transfer it from generation to generation. If we take a closer look, we will notice flowers all around us – in physical form or represented through clothing and various objection, on national flags, and in works of many artists.

Flower symbolism narrates a story about the history of ancient people, their cultures, and customs, which are highly valuable information.

Some people find it much easier to express their emotions through flowers than to speak about them openly. Flowers show the depth of our emotions and make the other person think more about it.

However, sometimes you would want to keep something a secret so that only you and a receiver know the message.

Flowers are the best postmen when it comes to secret symbols and secret messages. The color, the shape, the scent of each flower additionally helps us empathize the power of the message we are sending to another person so be careful when picking.

Further, many flowers are believed to have healing abilities which make them not only beautiful and special but valuable to all humankind.

We will talk about the Edelweiss flower today and its meaning, symbolism, color, and hidden messages it sends of. Edelweiss flower is definitely one of the eye-catching flowers and deserves special attention. This flower was firstly available to some parts of the world only, but the time has come for the whole world to see its full glory.

What is the Meaning of the Edelweiss Flower?

The main meanings of the Edelweiss flower are:

Edelweiss somehow logically represents adventure as it has such a specific appearance. It tells us to enjoy life and be who we truly are – adventurists. Edelweiss flower became stronger with the time and withstood many challenges through its existence thanks to this trait is possesses. 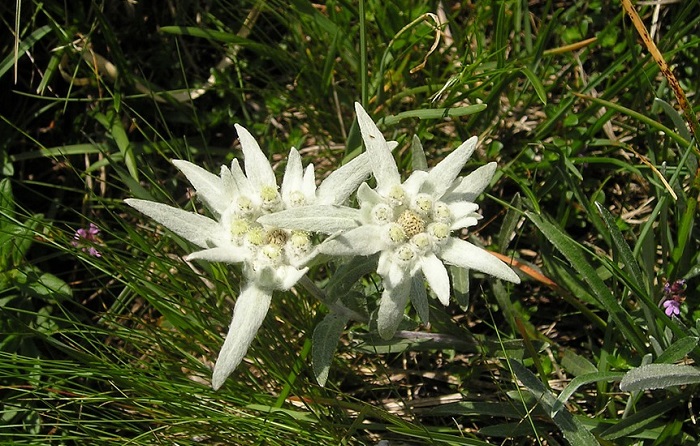 Still, as we all know, people who have adventurous spirit are sometimes considered notorious. Edelweiss flower means notoriety in some aspects, which is the epithet only some cultures assigned to it. One more reason why the Edelweiss is considered to be notorious is the fact that not everybody is able to obtain it so the ones that have never touched it are somehow afraid of this beautiful flower.

The Etymological Meaning of the Edelweiss Flower

Edelweiss flower comes from the family of daisies and sunflowers. It got its name after a mountain flower – Leontopodium alpinum. This mountain flower actually inspired people to name the other flower Edelweiss as the first one grows on heights about 3000 meters. Edelweiss might remind you of German language and you won’t be wrong if it is so, as it is a compound of two German words. The first word is edel – noble, while other is weiss and means white color.

The Symbolism of the Edelweiss Flower

Edelweiss flower is related to the Second World War. What is more, a song called Es War Ein Edelweiss is devoted to it. Austrians appreciated this flower during the war too, same as the Hungarian troop established by Franz Joseph I.

Bulgarian Tourist Union proclaimed the Edelweiss flower their symbol. One more song about this flower is High On a Rocky Ledge and is written by the Moondog band.

As we already explained, the Edelweiss flower grows in some tough conditions and on the mountains, which means it is not weak or gentle at all, which is the associate to the white color most of the time. Edelweiss flower represents adventure and even carries notorious traits and explains our wildest dreams so you will admit these epithets have nothing to do with the white color.

If you someone special in your life is courageous, unique, ambitious, and successful, the Edelweiss flower might be a perfect gift for that person. This way you will show that person how much you appreciate their strong nature, overwhelming energy, and deep emotions, no matter of their gender. Edelweiss flower will let everyone know how much you respect and value your relationship, as you can gift it to a family member, a friend, or a partner.

Botanical Characteristics of the Edelweiss Flower

Edelweiss flower comes from the family of Asteraceae and it is a perennial herbaceous plant. Its optimal and original habitat is subtropical climate – Mediterranean or moderate continental climate. Edelweiss flower grows best at high temperatures and if it is planted in a bit shady place.

Dew affects the Edelweiss flower negatively and might cause drying of the leaves. Make sure to keep excess water away from the Edelweiss flower’s root as it ruptures with time if the root is exposed to too soaked soil. Additionally, the Edelweiss plant doesn’t have big demands when we come about the soil, but if you would like to make it optimal conditions for your flowers go for clay, cheeky, and sandy soil that is well drained and a bit sour. Edelweiss flower dislikes the salty soil.

For good quality of the Edelweiss’s yield, add some organic fertilizer or nitrogen to the ground, especially if the soil is poor and its fertility is low. We already mentioned how hard it is to grow healthy Edelweiss flowers, as its seeds are poor when it comes to germination. Don’t be surprised when you see a high price of the Edelweiss seeds on the market. Pay attention when selecting the seeds and go for black ones rather than the white ones.

An alternative to the Edelweiss flower propagation is using its root cutting. Take roots of some older Edelweiss flowers and plant it in the ground. Even though this process is not always successful, you will get more plants this way.

Edelweiss flowers bloom from late summer to late fall and it is a sign of shortening of the day. Do the harvest right after your plants start blossoming and you will get the best quality of the Edelweiss flower – stevia.

If you have the Edelweiss flower that will grow as a one-year crop (if you live in colder areas), then cut the plant just above the surface of the ground. On the other side, if you are growing multi-year Edelweiss crops, leave about 15 cm of stems. This way your Edelweiss flowers will recover and grow again the next year.

As we mentioned the Edelweiss leaves contain glycoside, you should know that the time of the day affects the level of glycoside within the plant. That is why people do the harvest until 11 o’ clock to get the utmost quality of stevia. An average yield of the Edelweiss flower gives you up to 4500 dry leaves per one hectare. However, these massive leaves will go from 4500 to about 280 kg of dry leaves.

Edelweiss flowers grow best if there is some rocky terrain around them.

Edelweiss flowers are believed to slow down the aging and neutralize free radicals in your body. Ethylene hormone within the Edelweiss leaves prevents losing petals, which means it has rejuvenating and strengthening effect. Bio-flavonoids in the Edelweiss flower treats vascular problems effectively.

Edelweiss flowers are an inevitable part of wedding arrangements at German weddings and you can also see them printed on German souvenirs – cards, clothing, badges.

In 1988, there was a threat that the Edelweiss flower would be exterminated as there were only 636 stems of the plant in the world.

The secret message of the Edelweiss flower is to always be courageous and to go for your dreams and goals. Heights are nothing to be afraid of – grab the chances put in front of you.

Edelweiss flower is also a big support for the ones living through difficult condition, as it sends a message that everything will be okay in the end and not to be afraid.